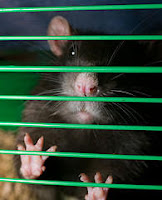 “The Six Gates” was the ninth installment of Sax Rohmer’s Fu-Manchu and Company. The story was first published in Collier’s on October 23, 1915 and was later expanded to comprise Chapters 27-30 of the second Fu-Manchu novel, The Devil Doctor first published in the UK in 1916 by Cassell and in the US by McBride & Nast under the variant title, The Return of Dr. Fu-Manchu.

The story opens, like many early Rohmer tales, with the unexpected arrival of a late night visitor. In this instance, Smith and Petrie are preparing for the raid on the Gables when Aziz, Karamaneh’s brother, turns up at Petrie’s door. While initially skeptical of trusting him, both men are quickly won over by the young man’s tale of how Karamaneh was abducted by Fu-Manchu’s minions shortly after he and his sister returned home to Cairo; how Karamaneh was rendered amnesiac by a drug administered by Dr. Fu-Manchu; and how Aziz followed their trail from Cairo to Rangoon to London in his desperate quest to free his sister from slavery. Smith and Petrie leave Aziz in police custody as they join Inspector Weymouth for the police raid on the Gables.

Smith and Petrie foolishly separate from the Scotland Yard men and encounter Karamaneh in the house. She warns them that they are walking into a trap, but Smith disregards her warning and he and Petrie step right into a trapdoor hidden behind a curtain. They recover consciousness to find Dr. Fu-Manchu gloating over their blundering incompetence. He mocks them for being inferior to children who learn from experience to fear fire lest they be burned a second time. Presently coming to the point, Fu-Manchu explains that Smith is to be tortured with the Six Gates of Joyful Wisdom while Petrie, his devoted friend, is provided with a samurai sword to end Smith’s sufferings if he dares.

TO CONTINUE READING THIS ARTICLE, PLEASE VISIT HERE.
Posted by William Patrick Maynard at 5:31 AM No comments:

“The Fiery Hand” was the eighth installment of Sax Rohmer’s Fu-Manchu and Company. The story was first published in Collier’s on September 25, 1915 and was later expanded to comprise Chapters 24-26 of the second Fu-Manchu novel, The Devil Doctor first published in the UK in 1916 by Cassell and in the US by McBride & Nast under the variant title, The Return of Dr. Fu-Manchu.

This serves as Rohmer’s variation on the haunted house story and mines the same territory as countless Sherlock Holmes pastiches where the reader is assured that the detective will arrive at a rational explanation because the other characters are convinced that the mysterious goings-on must be of supernatural origin from the start. That said, the story is an excellent one and finds Rohmer in fine form.

Inspector Weymouth calls on Nayland Smith and Dr. Petrie to enlist Smith’s aid in investigating the Gables, a property in Hampstead that appears to have been haunted for the past two years. The previous owners, a Quaker family who lived at the house for over forty years sold it after manifestations of a fiery hand holding a flaming dagger appeared. They said nothing of the incident at the time for fear of not being able to sell the property.

The second owner was a retired Colombian tea farmer named Maddison who lived there for six months. During that time, he and his servants were disturbed by shadowy visitors who peered over their beds at night muttering and by the incessant tinkling of astral bells. Several of the servants quit in a panic. Finally, Mr. Maddison was discovered one night dead in his armchair having died of fright.

A few weeks prior the house was leased to a French businessman named Lejay. After only two nights in the house, his servant ran screaming into the night after seeing a fiery hand clutching a flaming dagger that appeared in mid-air. Monsieur Lejay was later found dead on the front steps. His heart had given out from shock.

TO CONTINUE READING THIS ARTICLE, PLEASE VISIT HERE.
Posted by William Patrick Maynard at 6:25 AM No comments:

Donald F. Glut is best associated with his 1980 novelization of The Empire Strikes Back. Some may recall his name today if they are between the ages of 40 and 45 and the movie was a touchstone of their childhood. I was not yet nine years old when the film was first released and read and re-read the paperback over and over again at a time when Star Wars meant as much to me as The Clone Wars does to my kids. The difference was, at age eight, I already recognized the name Donald F. Glut and knew him for a mysterious individual to be respected and admired because he wrote everything I wanted to read.

I was an avid comic book junkie as a kid and adored classic horror and science fiction films of decades past like many that grew up in the 1970s. Donald F. Glut was not a name like Stan Lee or Roy Thomas or even Len Wein or Marv Wolfman that I associated with specific titles that I eagerly devoured each month. Glut appeared where I least expected to find him - which in his case was nearly everywhere.

An early 1978 issue of Marvel’s Star Wars, a stray issue of Marvel’s adaptation of Robert E. Howard’s Kull the Conqueror that somehow made it past my Mom and into my hands, an Incredible Hulk mini-storybook that I picked up at Woolworth’s – they all bore his credit as author. It didn’t end with comic books. In those days before the internet, libraries were treasure houses for information and non-fiction books on the Frankenstein Monster or dinosaurs that I pulled off the shelf with trembling hands were also from the pen of the amazing Mr. Glut.

I’m not sure at what age I discovered that the anonymously written adventures of occult investigator, Doctor Spektor were Don’s work as well, but I certainly wasn’t surprised. The series was not easy to find, but the few issues I had did much to shape my interests in the days when I was small enough that books had to be read to me. I can recall seeing advertisements in an issue of Famous Monsters for Don’s The New Adventures of Frankenstein series of paperback originals. I never found the book at either of the two used bookstores I frequented growing up in Cleveland, but I was sure they were right up my alley.

TO CONTINUE READING THIS ARTICLE, PLEASE VISIT HERE.
Posted by William Patrick Maynard at 6:06 AM 1 comment: 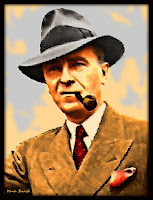 “Cragmire Tower” was the seventh installment of Sax Rohmer’s Fu-Manchu and Company. The story was first published in Collier’s on July 17, 1915 and was later expanded to comprise Chapters 21-23 of the second Fu-Manchu novel, The Devil Doctor first published in the UK in 1916 by Cassell and in the US by McBride & Nast under the variant title, The Return of Dr. Fu-Manchu.

Picking up where the last installment left off, the story gets underway with Inspector Weymouth’s fruitless raid on J. Salaman’s antique shop which has now been abandoned by Fu-Manchu and his gang. Nayland Smith rapidly informs Petrie that the American adventurer and psychic investigator Kegan Van Roon is completing a book about his experiences in China where he ran afoul of a fanatical group in Ho-Nan. Van Roon has leased Cragmire Tower in Somersetshire to finish his book. Naturally, Smith believes Van Roon’s life is in jeopardy as Fu-Manchu will not wish him to finish the book for publication.

Of course, Rohmer is repeating himself for Van Roon reads like a variation on Sir Lionel Barton and Cragmire Tower recalls Reverend Eltham’s beloved Redmoat. The familiarity of the trappings does little to spoil the proceedings for this is Rohmer at his peak and sees him introducing an occult element to the series. Rohmer had a lifelong fascination with the occult and secret societies. “Cragmire Tower” remains unique in its successful blend of Yellow Peril thriller with supernatural mystery.
Rohmer effectively builds mounting suspense as Smith and Petrie cross the moors to approach Cragmire Tower and Smith becomes convinced that they are being followed. Rohmer has Petrie recall a verse, “The Fenman” which Rohmer himself penned during his days as a Music Hall songwriter.

Petrie’s paranoia heightens upon learning that Van Roon’s manservant, Hagar is a mulatto. This fact alone is enough to send chills down Petrie’s spine in a moment that now seems as insensitive as it is insensible, but to readers in 1915 it reflected common attitudes against mixed marriages and foreign cultures.